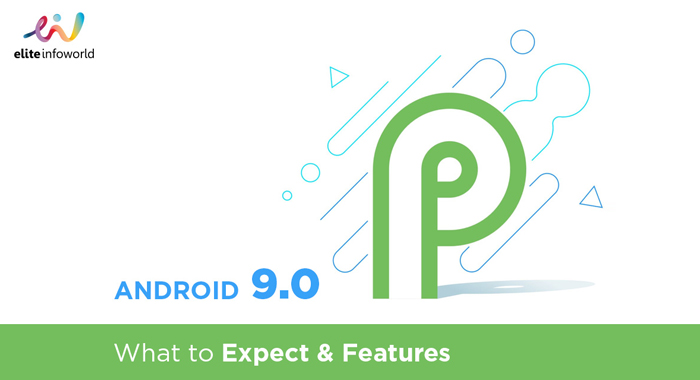 Google is working on its next sweet treat – Android 9 P. The first developer preview has been released and the Google Pixel owners have a sample of the upcoming OS version. However, until Google officially releases it to the masses, we have the pre-release versions at our disposal.

Android P features unveiled by the first developer preview are listed below, and they give us a sneak peek into what functions could be a part of the final version.

Support for developers: Developers have access to dedicated libraries to optimize their apps for the increasingly widespread display indent.

Multi-Camera API: Developers will also have the ability to stream from two or more cameras simultaneously.

Indoor positioning: With WIFI IEEE 802.11mc support, apps can detect the distance of access points by triangulating the user’s position in indoor environments.

Data cost and JobScheduler: The JobScheduler can use operator signals to control and manage pending tasks in case of network congestion.

High Dynamic Range (HDR) VP9 Profile 2: Support allows you to take advantage of HDR content from apps such as YouTube and Play Movies.

App Updates: From November 2018, the Play Store will request Android Oreo API 26 or later for apps.

Background apps: Background apps will not be able to access the microphone, camera and other sensors automatically to ensure greater security for users and prevent malicious apps from taking covert shots.

Restricted Non-Public API Access: Developers will need to migrate their apps or request new Android API developers from their team if they are not yet available.

What will the P stand for?

So, what sweet treat is Google offering? What does P stand for? Is it Peppermint or Pineapple? We can’t say until Google officially announces the release of its full version.

What other new features will come with Android P?

Apart from the ones that are evident from the developer preview, here are a few more features that could be a part of the new Android OS:

Will we be able to record calls?

The previously hidden function could now be made official with the new Android. It will be made compatible with applicable laws across the various markets that Google operates in. Until now, this feature was vendor specific and limited to some brands such as Samsung, Xiomi etc.

Android P will allow providers to hide the bar chart for signal strength in the status bar at the top of the screen when inserting the SIM card.

Overall, Android P seems to have a lot more promising features for users and Android developers, but until the official version is out, we wait and watch!