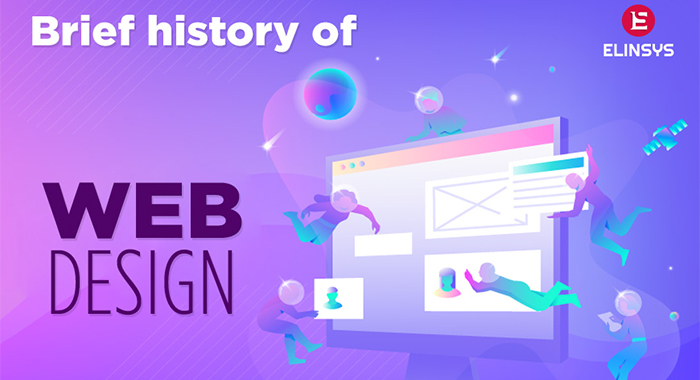 Web Design doesn’t have a long history. It has been popular throughout many years since we have the internet.

The history of web design began in August 1991 according to some resources. At that time, the websites were built using basic HTML tags that nowadays will definitely not prefer to build their websites. Though if we talk about the hypertext concept, it was invented in 1960’s by Ted Nelson but people started using that concept in 1990’s.

In late 1980’s something similar to internet was discovered in Europe by Tim-Berner’s-Lee and Robert Cailliau after which there was a rapid spread of mark-up language all around the world. After this, in September 1991 the open discussion about the HTML all over the internet began. In late 1992, another discovery introduced by NCSA by starting its own game and same year in December, Marc Andreessen made a brief appearance on www – talk. IMG tag was also suggested by Mosaic team at the same time.

By all this discoveries, we can say that this year was actually the starting point of the website design. Though the websites were not designed graphically prior to coding but web developers started at least considering how to make their web pages more attractive. As the markup language and HTML became more and more complex, use of images and graphics increased on many web pages. Than CSS and Cascading Style Sheets were used to create a table layout that were easy to be arranged.

In March 1993, Lynx browser was released and in April the Mosaic browser was released. In late 1994, the World Wide Web Consortium was formed. This was the era of new styles, new approach and new possibilities. At this same point of time, Flash was introduced which was like a real miracle for overcoming the static web pages.