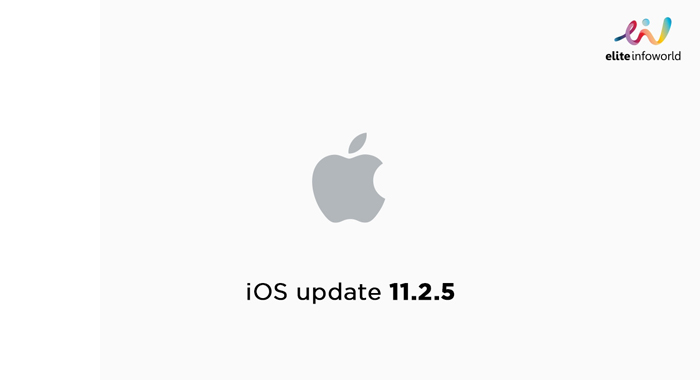 After Apple released the iOS 11.2.2 update, it did not really mean that iOS 11.2.3 or 11.2.4 were next in line. The iOS 11.2.5 is already pushed to beta and is expected to arrive in the near future. IT still remains in beta for iPhone, iPad and iPod touch. The company has also released its seventh and final beta to developers and the public. The upcoming iOS 11 comes with a firmware version upgrade and hence will be a maintenance release that typically comes with a short list of fixes, enhancements and patches. iOS 11.2.5 is definitely much more than a standard bug fix release – it will come with much more features for users.

You can get the official version and update your device. It’s available for developers for free and requires an Apple ID. If you do upgrade to beta and wish to downgrade, fortunately there’s a way to get off the iOS 11.2.5. You can downgrade to 11.2.2, 11.2.1 or 11.2. You cannot downgrade to versions lower than that.

Although it’s tempting to upgrade to the iOS 11.2.5 beta version, it’s best that you avoid it right now, especially since the official release is close.

Trying out a pre-release software is a great way to get familiar with changes and test performance. The only glitch is that it should not cause more harm than any good. So until the official version is officially released, it’s best to stay put with the current version of iOS on your device.

The size of iOS 11.2.5 is almost 2 GB (beta). The official release may not command that much space. The beta version is currently going through rigorous testing and will be free from all kinds of bugs when it’s officially released. Some of the major issues observed are severe battery drain, busted Bluetooth, broken Wi-Fi, app instability, UI lag, and other performance issues. These problems popup after every iOS release and we expect to see them when iOS 11.2.5 arrives too.

Apple’s new releases for iOS are always awaited as they solve and fix bugs that existed in the earlier release and also make new features more accurate and crisp and brings about a great improvement in the performance – but ensure that you wait for the official release after all the beta testing has been done!