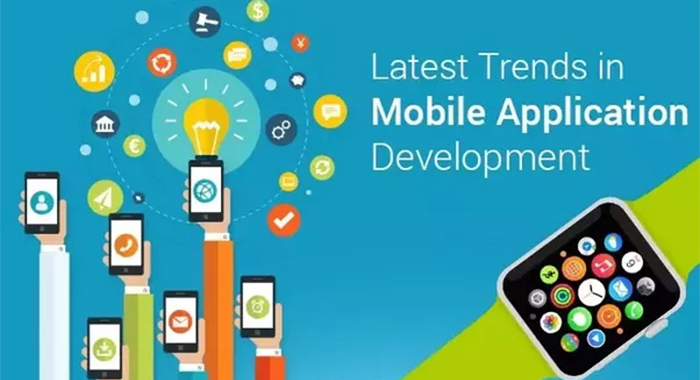 As the app economy continues to grow exponentially, the number of free apps downloaded is projected to rise from 57.33 billion to 253.91 billion. Even the paid mobile apps downloads are increasing almost seven fold. This results in increase in apps revenues. As the mobile apps universe keeps maturing and expanding, 2017 will see several changes in the overall ecosystem. New markets get created and older technologies phase out. Apps will become faster, sleeker and would have the capabilities to do a lot of things that they could not do last year. Businesses need to hence strategize ahead of their times in order to set themselves for success.

More IoT and wearable apps will flood the market

The wearable devices category will see a composite annual growth rate (CAGR) of 20.3%, with 213.6 million units being shipped in 2020. Driven by cheaper and smarter sensors, development of high speed networking technologies and the increase in the acceptance of cloud based platforms across several industry verticals; the market for IoT will keep expanding. Wearables and IoT devices for both consumers and businesses will need apps to manage, collect, analyze and present the data in readable form, and this particular app category will see a boom in 2017.

The app usage model is no different than how people download and use software on the PC. While the app store model was a welcome change, people still had to download apps on their phones. This usually depends on the storage availability. Lack of space is one of the most common causes for app abandonment. App streaming technology was built for this scenario. Much like video streaming, app streaming allows you to start using certain features of an app without downloading it from the app store. This opens up a number of possibilities and enhances app experiences for customers too. This is more of an Android thing right now, with Android Instant Apps showing up in mobile search.

There will be an increased focus on security

Most of the times, mobile apps developers focus on UI and UX and completely skip the security. This makes it easier for malicious attackers to access your device and steal private and sensitive data. Given the increased usage of mobile apps in enterprises, it’s imperative for app developers to adopt best practices for mobile apps development. To begin with, it’s important to avoid storing sensitive data in unencrypted format especially in external storage. Apps analysis is important to detect data leakage. Verifying that all the applications are correctly transmitting data over SSL is important. Further you must also check the encryption keys and passwords.

More apps will have AR, VR, and mixed reality capabilities

With Pokemon Go, the AR technology has become more and more widely known and accepted. Both Google and Apple are doing their bit to improve augmented and virtual reality support on their respective platforms.

Apps will become more intelligent and cloud based apps will see a steady rise.  It’s also going to be an age of chatbots that act as virtual messengers.

It’s a known fact that while the number of downloads are booming and more people are paying more money to develop and buy apps, the users will immediately experience fatigue with poorly built apps.

It’s always been important to deliver sharp mobile app design and UX for iPhones, Androids, and other mobile devices. So, app developers have to work harder and smarter to deliver experiences that become a regular part of the user’s lives.