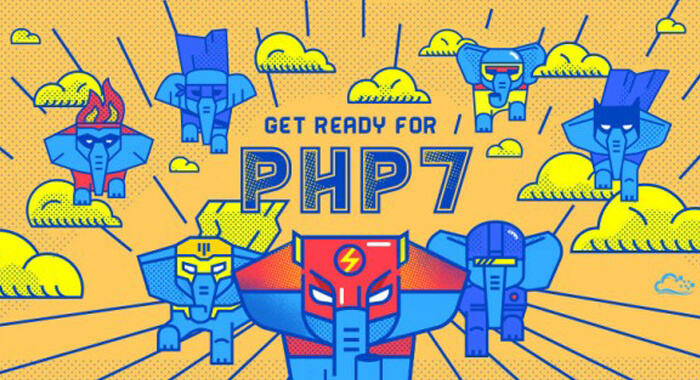 PHP has been around for quite some time now and it has gathered a huge fan base. It is an ever evolving language that adds rich features with every new major release of the product. Even the minor releases have important bug fixes and excellent stability. PHP fans are always eager about the next big thing that this programming language can do. Some users are however skeptical whenever there is a new major release because some of the features come with backward incompatibility. This leads to more work in tweaking their applications to suit the new version.

Well, PHP 7 has been due to release since long and 2016 will see what new features it has in hold.

Here is what you can expect with PHP 7:

PHP already has great features for performance. This version of PHP has excellent performance improvement features that match those of Facebook HHVM.

JIT engine implementation for the Zend Engine based PHP is a new improvement. The JIT engine can dynamically compile the Zend opcodes into native machine codes. This greatly improves the code execution speeds and your program runs faster. Zend definitely plans to implement a JIT engine in the next major version of PHP.

AST is an intermediate step in the compilation of PHP. Abstract Syntax Tree, if included in PHP would enable PHP code to run even faster and definitely improve the performance of your web applications. It would also include interesting tools like static code analyzers and other useful tools for detecting bugs. This could be a great improvement in the existing PHP code.

This is necessary to execute parallel tasks within the same request. This will push the performance of PHP to the next level. This feature is a debated one. It is not clear whether Asynchronous programming will be enabled in PHP 7. Let’s wait until the actual release for this!

This makes PHP more scalable. PHP already supports such kind of features and can be run from ngynx or Apache in worker mode, but PHP running on its own multi threading web server will take the performance to greater heights! It will also perform better at peak load times due to the use of single pool of database connections.

PHP 7 is due to be released in 2016. All these are just estimations of the features that might be included in this next major built of PHP. It is definitely the most awaited version of PHP given the advancements in the field of web technology has seen an exponential rise in the recent past. Performance has gained a lot of importance and keeping up with modern technologies; the coding languages need to deliver enough speed to execute programs so that user experience is not impacted due to sluggish code execution. This has always been the aim of programming languages and performance optimization steps have always been a priority. What is actually included in the newest version of PHP is yet to be seen! Until then – these were the available speculations!