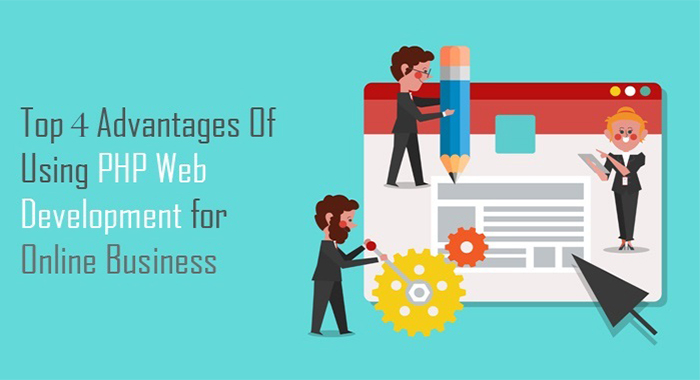 As an enterprise gets bigger and handles large amounts of data, and has to compile the PHP written code with Java and other programming languages such as C++ – PHP is certainly the best choice for developing enterprise applications. Last year, the global spending on business software reached $ 149.9 billion. By 2025, 50% of US enterprises will run 10+ applications. How does the trend affect PHP? The language is certainly fit for enterprise apps. With PHP, you can quickly build a minimum viable product to get your project off the ground. That’s what Facebook did – and they have been using PHP ever since – and have no plans to change it soon. The language is open-source and has a number of ready-to-use bundles and libraries and less affected by web development trends. PHP developers have lower hourly rates (there’s just too many of them). Finally, vendors can always resort to multiple guidelines and documentation to handle confusing dev tasks;

Why use PHP in web development? Read on to find out!

The language keeps getting better.

There are a number of programming languages that have risen to popularity recently and this tough competition among the languages has surely driving innovation. PHP 7, has a lot of improvements. Some of these improvements include faster code execution, memory usage optimization and new interoperability features. Since December 2015, this version has been updated at least four times. The main focus has however been security. The PHP adoption rate will steadily increase as time passes.

There are a number of content management systems that use PHP as the backend – WordPress, Magento, Symfony etc.

Interoperability is one of the major web development trends. Say, you run an ecommerce website on WordPress & want to expand its functionality. There are so many frameworks from where you can borrow certain features from other libraries. Well, yes, but you need middleware to accomplish this. With the launch of Zend expressive and slim 3 middleware solutions, developers can access any package or component from any PHP framework. This feature has already been adopted by Drupal, Symfony and Lavarel.

By the end of 2016, the number of connected devices will reach 6.4 billion units worldwide. The Internet of Things is a complex system which consists of 3 layers (smart gadgets, infrastructure and apps). Due to its dynamic nature and speedy coding, PHP is suitable for IoT infrastructure solutions. What about apps that operate smart gadgets? PHP 7 is the first real step towards asynchronous programming. It means that PHP code can now simultaneously run several tasks in the same script. That’s the way connected gadgets “talk” to each other. And it’s not just a random idea: the technology is already implemented by several companies!

Why use business software built with PHP when there’s Java – the most secure programming language for enterprise apps? In 2010, PHP dominated the web application market with 40%.. In order to meet security requirements & high standards set by the industry, today businesses either rebuilt the whole enterprise software ecosystem with Java or…use both languages to cut dev expenses and upgrade the soft in a shorter time. Java solutions (like Quercus, a program implemented by the LiveProcess healthcare company) compile the old code and increase application productivity.

PHP in web application development is definitely a preferred choice. Here are some facts to reassure you that the language has been around since 1995 and currently it’s ranked sixth by Tiobe Index. It has a vast developer community and excessive libraries for customization. Over 80% of all websites (including Wikipedia and Facebook) are built with PHP. And the language is getting better. Provided you outsource PHP website development to a reliable vendor, your acquaintance with the language will be most pleasant.