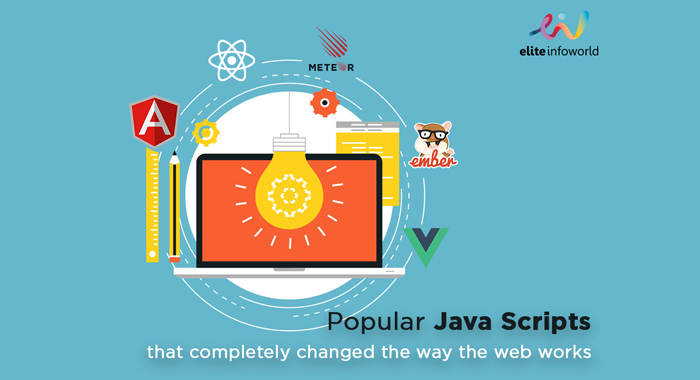 Angular JS has a lot of benefits that make it one of the top most Java Script frameworks. It enables easy testing of any app and also has two way data binging. This means that changes in the backend are immediately reflected on the UI. Ever since its release, it has changed the ecosystem beyond imagination. It is one of the most used JS frameworks – especially for single page applications.

Angular 2 comes with a long list of features that enable developers to build amazing web apps for both desktop and mobile. The framework is built with TypeScript from Microsoft and makes Java Script more agile and attractive for large enterprises. It features a component based architecture, improved DI (Dependency injection), efficient logging service, intercomponent communications and more.

Both the Angulars are good optoions for enterprise based applications with high standards of coding.

React is more of a library than a framework. It stands behind user interfaces of Facebook and Instagram showing it efficiency with dynamic, high traffic applications. It is considered as one of the fastst growing JS framework. In the MVC pattern, React acts as V and can be easily and seamlessly integrated with any architecture. Due to the usage of virtual DOM it provides a higher performance boost than the other frameworks. It makes development of the app pretty straightforward and  easy to understand. It’s a perfect fit for complex, high load and awesome software solutions.

Vue 2.0, introduced in 2016 took the best from Angualr, React and Ember and put it all into a single handy package. It is proved to be faster and leaner as compared to the other scripts including React and Angular 2.0. VueJS offers two way data binging like Angualr JS and server side rendering too. Vue-Cli and optionsal JSX support. It is one of the fastest frameworks and is a better choice for quick development of cross platform solutions. It can become a basis for high end single page websites.

Meteor JS is among the most popular Java Script frameworks and has tons of features for backend development, frontend rendering, database management and business logic. It is a full stack platform the enables fast development of end to end web and mobile applications in Java Script. It has a modular structure and the packages and libraries can be used at pace. All the changes in the database changes are immediately transmitted to the UI.