Python Web Development Python and its benefits for Businesses By Elinsys, 13th Jul 2020 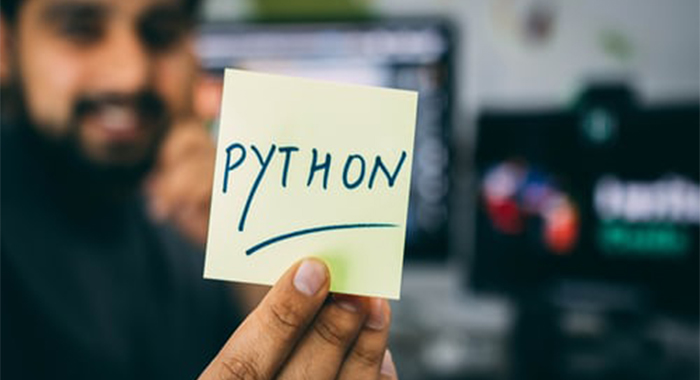 As compared to Java or C++, Python focuses on the readability of the code. Its syntax helps programmers code in fewer steps than would otherwise be required. Python is a high level, interpreted and general purpose dynamic programming language. Guido Van Rossum developed Python in 1991 and has been widely used in small and large organizations ever since. It uses object oriented functional programming and has a comprehensive, large standard library that has automatic memory management as well as dynamic features.

So, why do companies prefer Python?

Python has been at the top of the popularity charts for quite some time for being the most preferred programming language and the most widely used by programmers along with Java and C++. The language however, has undergone a drastic change since its release 25 years ago with new features introduced frequently. For instance, the Python 1.0 had a module system of Modula-3 and interacted with Amoeba Operating System. Python 2.0 was introduced in 200 and had features for garbage collector and Unicode support. Whereas, if you take a look at Python 3 which was introduced in 2008, it has a constructive design that avoids duplicate modules and constructs. With appropriate newly added features and optimizations, now Python 3.5 is most commonly used.

Many developers and Python development companies prefer Python language because of its versatile features and fewer lines required to accomplish the same coding capabilities. Nearly 14% of the programmers use this language on UNIX, LINUX, WINDOWS and MacOS.

So, what are the benefits of using Python?

Python consists of built in dictionary data structures that can be used to build fast run time data structures. It also has features for dynamic data typing which reduces the length of the support code that’s required.

The object oriented design has enhanced process control capabilities, strong integration with text processing capabilities and unit testing framework. It increases productivity and speed too. Python development is a good option if you want to develop complex multiprotocol network applications.

It’s a known fact that most of Google’s tools and offerings are developed using Python. In fact it is the safest option for developing optimal integration capabilities for Google’s Cloud Services and Apps.

Python is available for no cost and will always be free. It means that it is extendible with a set of supporting tools, libraries and modules that are completely free. Its IDE’s are also available for free and available for download too.

Python development makes creating an MVP very easy. It can quickly make prototypes for users to see. Especially today when startups are looking for quick and easy ways to get their business started, Python could be a boon while preparing proof of concept.

It’s an era of connected devices and connected technologies. Platforms like Raspberry Pi allows developers to build their own devices like radios, phones, cameras and games using Python.

Python has an excellent ability to scale and it’s not a surprise that it is used in many ways by sites like eBay, Yelp, Reddit, Disqus, Dropbox, YouTube, Instagram, PayPal and games such as Eve Online and Second Lift. Python and its popular frameworks like Django can ensure that you get all the features required to go live and scale as your business grows.

Looking for Python Development? It’s a good idea to hire dedicated Python developers! Let’s discuss your requirements in detail. Simply call us on +91 99749 20002 or email us at info@eliteinfoworld.com!