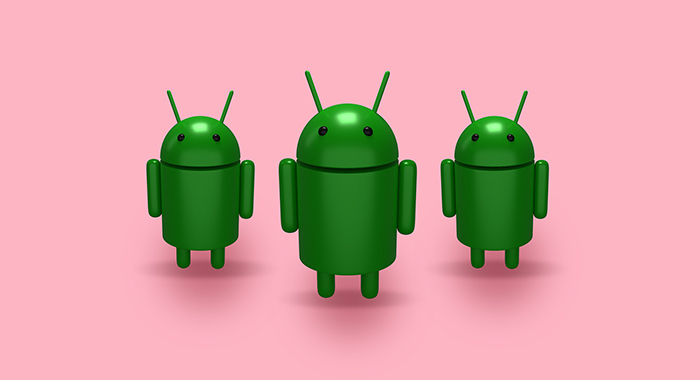 Android has knocked out any competitors in the race for being one of the most popular and user friendly mobile operating systems. Google continues to develop new tools and features to keep up with the ever changing customer demands, usage and the changes in the way people use technology. The ultimate aim is to simplify everything that the mobile device can do to offer convenience, ease and delight at the same time. Every year, we see a new wave of changes and new features that can be incorporated in mobile application development.

What’s new and trending in the Android World?

Android users can tap and try out any app or game without actually installing it. That’s the charm of instant apps. They do not require users to download the app and are as simple to use as using a website. These apps do not take up space on your mobiles and can be operated directly from the cloud. There isn’t any clutter on your device. Android’s new app publishing format, the Android App Bundle, is a step in the direction to offer Google Play Instant experience quickly. Android instant apps are definitely going to be a huge trend in 2020 and beyond.

AI and other emerging technologies

Google is now focusing on harnessing the power of AI in as many possible applications as possible. Google’s AI focused strategy is now increasing the reach of Artificial Intelligence and Machine Learning for mobile app development. Google has already introduced Actions and Slices at Google I/O, which allow apps to integrate with Assistant directly on device. Google is also working on Google Lens – a visual search tool that is designed to search the world around you via your camera.

Google also developed Flutter which helps mobile apps developers to build native apps on iOS and Android while maintaining a single codebase. It provides a new architecture such as customizable and extensible widgets. The flutter framework is a mobile SDK providing reactive views with no need for Java Script Bridge.

A Google led platform, Android Enterprise establishes the best practices for Android apps in the Enterprise Ecosystem and provides complete control over apps and data by a business or an organization. It offers API’s and other tools for developers to develop Enterprise Mobility Management Solutions with Android.

AI has transformed the technology world and Android mobile apps are now able to perform a lot more functions than usual. Text recognition, Landmark recognition and Face recognition and image labeling are some of the major applications that are seen. New trends and innovation in machine learning will see a lot new ways of implementing smart apps that can do a lot more for users.

The Jetpack is a suite of libraries, tools and guidance that helps developers to easily write high quality apps. They allow you to follow best practices, free you from producing boilerplate code and simplify the complex tasks. It puts all the existing support libraries, architectures and structures to cope with main issues like app management, and backward compatibility.

Cashless, cardless payments are a thing of the past. App based payments are now the growing trend. Android apps that enable payments are the need of the hour too! This will be an ongoing trend and will be a need for the near foreseeable future.

Google has a lot more plans for the future and new trends for Android Apps Development will continue to come and go. Keeping up with what’s going on in the Android world will help developers create new and innovative apps for uses.