Trends & Technology COVID-19, SMBs and the existential crisis By Elinsys, 29th May 2020 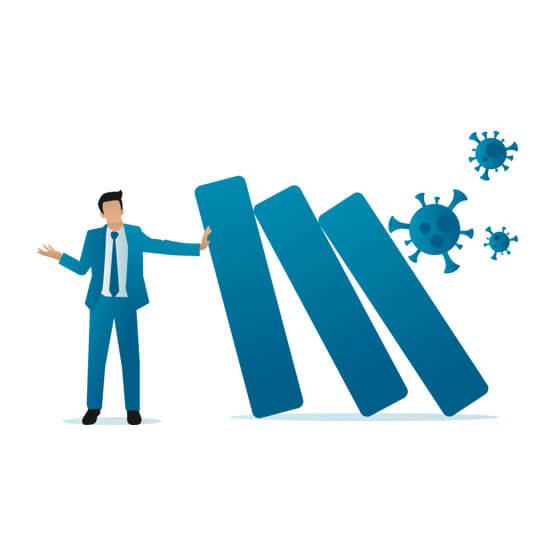 SMBs spend billions annually on digital advertising and marketing. Due to the COVID 19, there has been an economic fallout due to the job losses. Data also indicate that roughly 47% of U.S. households have been impacted by salary cuts, layoffs and business income reduction. But, COVID-19 has also impacted the small businesses and has had implications on the digital marketing ecosystem. According to – a survey, more than 300000 small businesses have been affected due to loss of revenues and layoffs. 75% of SMBs have applied for help from the Payroll Protection Program in the US and less than 40% of them have received funds.

Cash gets lesser by the day

But, in the wake of the COVID-19 lockdown, small businesses face an existential threat. Surveys and other data show that two thirds of the SMBs have only a few months of cash reserves and many even say that they have less than that. Re-opening economy right now is not on the horizon, and SMBs seem to suffer even more. Most of the Google and Facebook advertisers are small businesses. So, SMB spending on advertisements has reduced drastically too.

Is there an existential crisis?

The answer is – there could be – but with the right support, the economy could bounce back up and SMBs could regain their standing in the economy.

In this context, major tech companies have offered SMB support.

Google introduced links or business profiles that allows businesses owners to add a donation and giftcard link to their profiles together with a message about why they require the funds and how it will be used. It has also pledged hundreds of millions of dollars in SMB aid, including $340 million in ad credits.

Facebook made a $100 million available in grants and ad credits to small businesses with $40 million dedicated to the US market. It has enabled Facebook Shops, the cross-app ecommerce platform and small businesses can easily go online with it can continue selling.

Yelp has made several tools available to businesses for free and an SMB relief program worth $25 million consisting of waived ad fees, free ads and product upgrades.

Businesses can take advantage of these to further their cause. Well, a combination of all efforts will definitely bring back the economy and SMBs will see better results then.