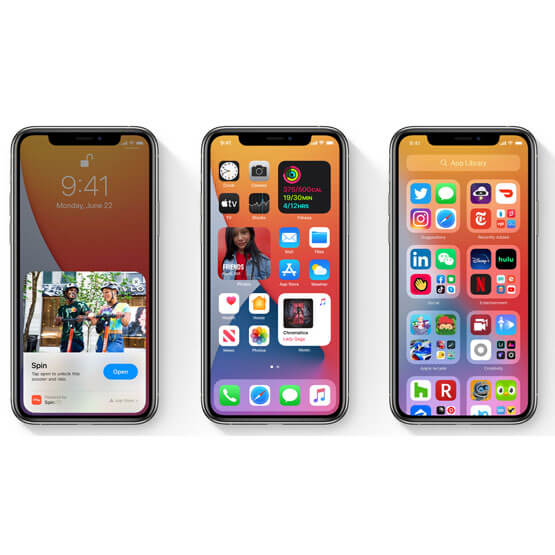 Apple is all poised to show off its latest OS – the iOS 14 and its first all-digital WWDC with its new App Library redesigned widgets and lots more.

Apple, on Monday at the digital World Wide Developer’s Conference unveiled its newest software that will power all the latest iPhone and Apple devices. The software will be pushed to all existing devices and the new devices that are coming out this year.  The all new iOS 14 includes features like redesigned home screen called the App Library. Apple also tweaked its widgets to enable users to resize the location and size of the boxes that contain information like weather etc. Memoji’s will now have age options and face coverings. The messages can now be pinned to contacts and in-line replies are now a thing. The picture in picture feature which is already available in iPads is now available with iPhones too. It allows you to watch a video clip while you are texting on a messaging app – on the same screen. Siri – Apple’s voice assistant also gets an update along with other apps such as Apple Maps, CarPlay and other features of Apple’s popular mobile software.

Craig Federighi, head of Apple’s Software said that “Now we’re making it even more powerful and easier to use. … This year, we spent time rethinking some of the most iconic elements of the experience on iPhone.”

WWDC is Apple’s annual developer convention where the company unveils all the latest updates for it’s software services. All the new features, bug fixes and app integrations are showcased and future plans for the company and its products. Apple is known for its hardware. There has never been any other that is even close to what Apple offers its customers. The other positive aspect is that the software developed is very easily integrated with the hardware and the combination of the two makes Apple’s products very desirable.

This year’s WWDC came at a time when the world is grappling with the coronavirus pandemic. But, typically, Apple hosts several thousand developers for the event in California. The whole world is now locked down, but now while everything is re-opening in parts, it will still be difficult to get so many people in one place.

This is why Apple said that this year’s WWDC will be all digital this year. Other companies who have similar conferences like Microsoft’s Build confab and Google and Facebook have opted to cancel their conferences this year.

Apple however, focuses more on its software services. Even if there aren’t any huge new changes, Apple users are always excited about the new features that come their way. iOS 14 is a fresh wave of change with customizable widgets and other features. We shall share the changes in a detailed blog for iOS14 features. You can read it here!